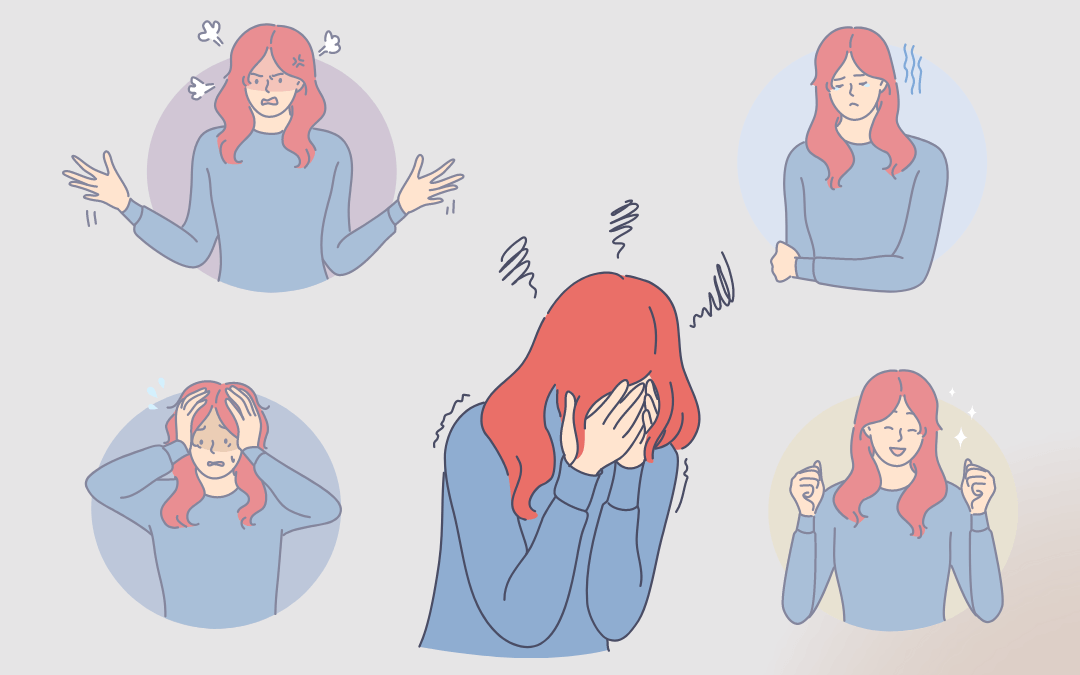 Bipolar illness, also known as manic depression, is a brain disorder that alters a person’s mood, energy, and capacity for function. It causes significant mood fluctuations, including emotional highs (mania or hypomania) and lows (depression). When you experience depression, you could feel depressed or hopeless and stop enjoying or being interested in most activities. You might experience mania or hypomania (a less severe form of mania), which can make you feel euphoric, restless, or excessively irritable. The ability to think clearly, energy levels, activities, judgment, and conduct can all be impacted by these mood changes.

Mood swing episodes might occur occasionally or frequently throughout the year. While the majority of people will have some emotional symptoms in between episodes, some people might not.

Mood fluctuations affect everyone, even those without bipolar illness. However, as opposed to days, these mood fluctuations typically only last a few hours. Additionally, unlike during mood episodes, these changes frequently do not come with the marked degree of behavior change or difficulties adjusting to routine activities and social interactions that bipolar disease sufferers display. Bipolar disorder patients may struggle in their relationships with their loved ones, at work or in school, as well as both.

The three primary forms of bipolar disorder are cyclothymia, bipolar I, and bipolar II.

A person must experience at least one manic episode in order to be classified as having bipolar I. You may experience major depressive episodes or hypomanic episodes, which are less severe than manic episodes, before and after the manic phase. This type of bipolar disease affects everyone who has it, regardless of gender.

One severe depressive episode that lasts at least two weeks occurs in bipolar II individuals. Furthermore, they go through at least one episode of hypomania every four days. There may be a higher prevalence of this type of bipolar disorder among women.

A hypomanic episode has less severe manic symptoms and just needs to last for four days in a row as opposed to a full week. Hypomanic symptoms do not include the severe impairments in daily functioning that manic episodes usually cause.

With treatment, bipolar illness symptoms frequently become better. The cornerstone of bipolar disorder treatment is medicine, however, talk therapy (psychotherapy) can help many people understand their condition and take their medications as prescribed, reducing the likelihood of further mood swings.

Lithium is one of the “mood stabilizers,” or the most frequently prescribed class of medications for bipolar illness. These drugs are supposed to correct an unbalanced brain’s activity. Given that bipolar disorder is a chronic illness with regularly recurring mood episodes, it is essential to have ongoing preventive treatment. Bipolar illness treatment is personalized, so patients might have to experiment with a number of medications before finding the one that works best for them.